Billions of tons of freshwater can be saved, reducing the seafood carbon footprint and eliminating waste from food systems.

Recycle & save billions of gallons of freshwater each year, provide sustainable seafood with a lower carbon footprint, and eliminate waste & odors from food processing facilities.

Fishmeal is derived primarily from wild caught fish which can be costly at $1,200 - $1,500 per mt and is sustainability questionable.

Algae derived protein is CapEx heavy and can cost > $2,000 per mt to produce.

iCell Aqua utilizes bacteria that can grow constantly for 24-hours, faster than Algae and other SCPs, and requiring significantly less CapEx than other protein sources. 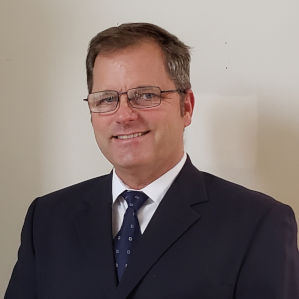 Mark Rottmann
Chief Executive Officer and Chairman of the Board

Mark is a seasoned executive leader and entrepreneur with over 30 years of global management experience. He currently serves as CEO of iCell and was previously an executive at GE Water. Mark has launched several greenfield development projects in waste-to-value, recycle and feed ingredient production. He has been involved in all areas of water project development: design, construction, the leadership of sales, operations, and finance teams. He holds a mechanical engineering degree from S. Illinois University. 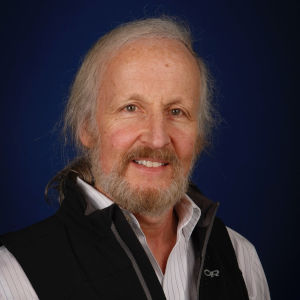 Terry has spent over 30 years in the aquaculture industry raising a diverse array of freshwater and marine finfish species for private and public organizations. He is a Professor in the Department of Fisheries, Animal and Veterinary Sciences and chairs the Institutional Animal Care and Use Committee (IACUC) at the University of Rhode Island. He maintains an active research program and has conducted translational research on an array of topics on fish physiology including smoltification, muscle physiology, nutrition, and growth and development. His current research focus is the development of sustainable methods for culture of mahi, kingfish and yellowfin tuna.  His lab has received over $5.2 million in grant funding from USDA, NMFS, NIH, NSF and private entities.  He was a founding partner of Mt Cook Salmon (now Mt. Cook Alpine Salmon), a BAP certified 2500 mt chinook salmon farm in the hydrocanals of the South Island of New Zealand; he retired from the Board in 2017.  He is a partner in Greenfins Global and has served on advisory boards for a number of aquaculture oriented organizations and firms including Finless Foods and Monterey Bay Seafood Watch. 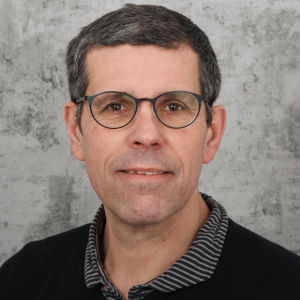 Nico will be responsible for iCell Aqua’s production operations and fish husbandry practices. Nico’s aquaculture experience spans 30-years, where he has built and managed marine and freshwater aquaculture systems around the world, including tilapia in the Philippines, shrimp in Australia, and Koi in Israel. Nico has designed and managed various eel farms in Holland for Bilund Aquaculture and is currently designing a state-of-the-art 3,000 mt eel facility in China. Nico holds a Master’s degree in Aquaculture from the University of Wageningen, Holland, with a specialization in larval rearing and water treatment in recirculating systems. 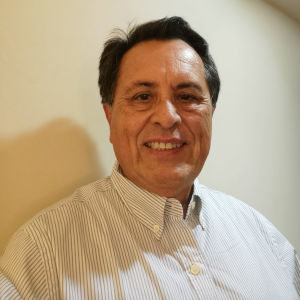 Dagoberto has spent 30-years in the aquaculture sector and has extensive experience in aquafeed and animal nutrition. He will support the development of iCell Aqua’s fish husbandry practices and feed. He has held key management roles at Skretting, Alicorp, Novus International, and Naltech. At Skretting, he built up the Latin American aquafeed market and supported acquisitions in the region. He was also the commercial and nutrition manager for Naltech and Novus, responsible for feed formulations, R&D, purchasing, logistics, sales, and marketing. Dagoberto has run shrimp farms and specializes in feed for freshwater species. Dagoberto holds his Master’s and Ph.D. in aquaculture and animal nutrition from Texas A&M. 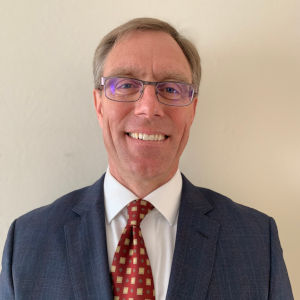 Seth is an entrepreneur and scientist with over 25-years of water and waste systems experience, holding numerous patents in the field. Together with longtime collaborator Andrew Logan, Seth co-invented the SCP process and co-founded Nutrinsic to commercialize SCP production from wastewater at industrial food processors. Following iCell's acquisition of Nutrinsic, Seth continues to support iCell Aqua with ongoing guidance on the iCell conversion process. He graduated from Princeton University and holds a PhD in Environmental Science and Engineering from the Colorado School of Mines as well as an MBA from Regis University. 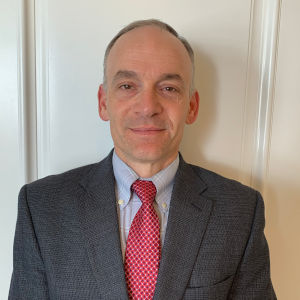 Andrew is an experienced environmental and process engineer with extensive fieldwork in water and wastewater treatment. Andrew will provide process engineering advice for the iCell process and work with iCell Aqua to identify expansion sites. Andrew co-invented the SCP process and co-founded Nutrinsic with long-time collaborator Seth Terry. Andrew was CTO for Nutrinsic, utilizing the SCP process on industrial food wastewater. iCell acquired 100% of Nutrinsic and Andrew continues to support iCell Aqua with ongoing guidance on the iCell conversion process. Andrew holds his Master’s of Science and Ph.D. in Environmental Science and Engineering from the Colorado School of Mines. He was a post-doctoral fellow at the Norwegian University of Life Sciences. Andrew holds several patents for treating wastewater and converting it to microbial biomass. 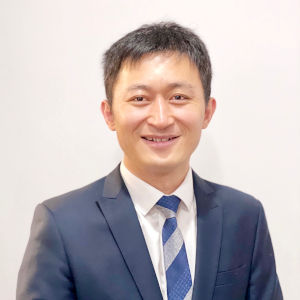 Hosn is responsible for the operation of iCell plants in China and project development. He holds a M.S. degree in Environmental Engineering from Shanghai University and worked in leading enterprises in the food and beverage industry. He is an expert in environmental engineering and resource utilization of sludge, proficient in equipment and process flow. 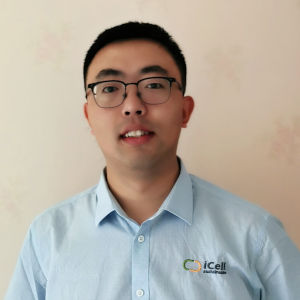 Vivid is technical director for iCell China operations and provide day to day management of processes and project development. 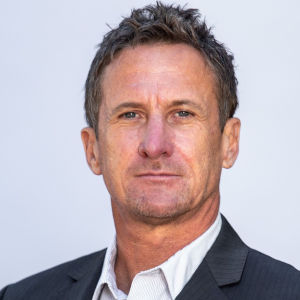 Kit is an aquaculture entrepreneur and investor, having dedicated the last eight years to build his knowledge and relationships across the value chain, including biology, technology, customers, suppliers, and investors with a particular focus on eel. Previously, he was a PM for Nomura Securities and is a founding partner of Grant Capital Management, where he gained global investment experience, working for 20-years in London, New York, Tokyo, and California. Kit holds a Master’s of Business Administration from Columbia University. 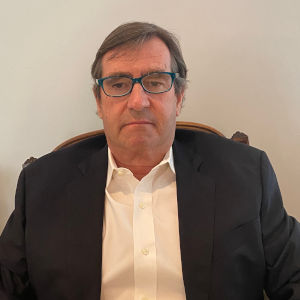 Geoff is a Wall Street veteran with 23 years at Morgan Stanley and Goldman Sachs, then 6 years at his own firm, Grant Capital. He finished his public company work as a retired former partner at Goldman Sachs. He has been actively involved with the development of the eel aquaculture project since its inception in 2017, including being a financial investor and contributor. 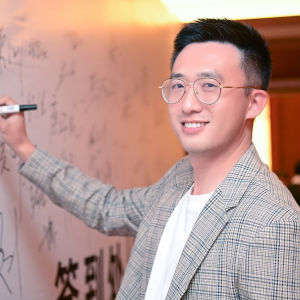 Yang will represent iCell and Gentech on the iCell Aqua board. He currently splits residency between Shanghai and Los Angeles and supports iCell Sustainable Nutrition with financial analysis and acts as a board observer in projects. He holds a Bachelor of Business Economics from the University of California. He has many years of international business experience in financial investments and feed nutrition projects in North America, China and Southeast Asia. 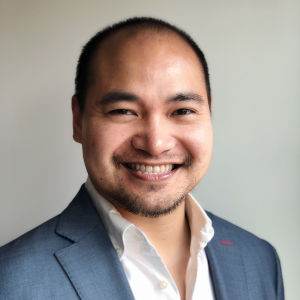 Howard Tang
Executive Director for Capital Raising and Board Member

Howard is CEO of Peritus Capital, an investment firm that specializes in sustainable investments in aquaculture. He is a key shareholder in iCell Aqua and will lead the company’s capital raise. Previously, Howard built the Global Capital Markets team of Lighthouse Finance, a Norwegian finance company, and led an investment round into the business. At Lighthouse, he closed nearly USD 100m in aquaculture deals in just two years and led the effort to rebrand and expand it into North America and Europe. Howard was previously part of the Mergermarket Group, a financial research and analytics start-up that he helped to grow to an over billion-dollar company now sold to the Ion Group. Howard holds a Master’s degree in Economics from The City College of New York. He earned the Chartered Financial Analyst designation in 2009 and holds Series 63, 7, and 24 licenses. 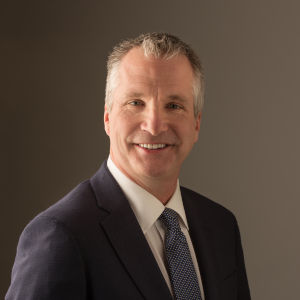 Pat brings diverse operational experience to iCell Aqua’s board. He is a seasoned executive who has held leadership roles in the nutraceutical manufacturing, specialty ingredients, and water industries. Currently, Pat is the CEO of VitaQuest, a nutritional supplement manufacturer with USD 300m in sales. During his tenure, Pat turned around the formerly family-run company, breaking a declining sales trend and achieving record profitability in 2019. Pat has previously held management roles at Vantage Specialty Chemicals, Ashland Specialty Ingredients, and GE Water. Pat holds a Bachelor of Science degree from the University of Louisville in Kentucky. 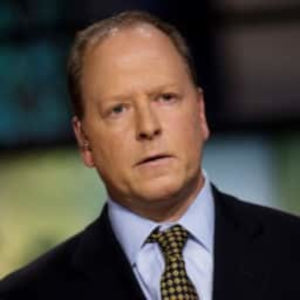 Peter is a serial entrepreneur having launched businesses in the media, technology, and aquaculture industries. He previously founded LiveWave, a video and sensor management solution for military and homeland security applications. Peter testified before the U.S. House Armed Services Committee in a hearing on Innovative Technologies for Homeland Defense and Counter-Terrorism Initiatives. He executed a successful exit to Smiths Detection at an attractive ROI for his investors. He is a co-founder of Greenfins, a land-based yellowtail farm built at the University of Rhode Island (URI). Peter graduated from URI with a Bachelor of Sciences degree in Marine Sciences and a minor in Marine Affairs. He is a U.S. Coast Guard Licensed Merchant Marine Officer and research SCUBA diver. 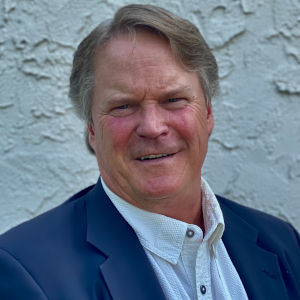 Scott has been involved in the food production industry for nearly thirty years and is the founder of Sugartown Smoked Specialties Inc. in West Chester, Pennsylvania;

Scott has been responsible for all aspects of the business management including purchasing, production floor design and product flow, product development, packaging design, HACCP, and sales and marketing and provides deep domain knowledge needed to go from raw material to retail sales.

Sugartown has also built a successful co-packing operation over the years, assisting customers from vision to market. Prior to migrating into the smoked foods arena, Scott was involved in the water treatment industry, where he co-founded a startup specializing in residential and light industrial filtration systems. He holds a bachelor’s degree in economics and financial management from Franklin Pierce University.

Fields marked with an asterisk (*) are required.
Thank you! Your submission has been received!
Oops! Something went wrong while submitting the form.